Coming from the other side: Getting back to health and getting qualified

News & events / News / Coming from the other side: Getting back to health and getting qualified 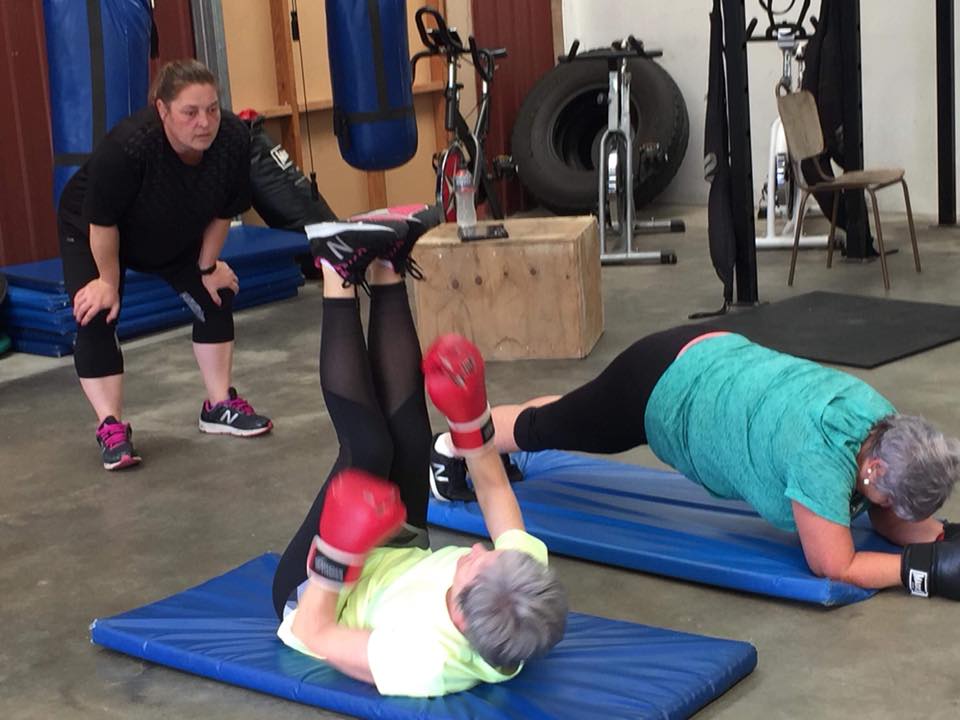 “It was actually my physio who made me go to the gym,” says Pei Harris.

In 2014, Pei (pictured above, left) was an agricultural spray truck driver, going “round and round and round” in paddocks. But then a bad back injury left her unable to continue in her job, and virtually unable to walk. At 150kg, she says, she was probably headed for life in a wheelchair, as a surgeon wouldn't operate on her at that weight.

But her physiotherapist, Brendan Meffan, insisted she needed to do strengthening work for her recovery. So despite being “gym-phobic”, she signed up for a membership at the local gym in Te Anau, 521 Fitness.

“Because I couldn’t work, I was looking for something to do. I thought: I’ve got this gym pass – I may as well go. So I got started, and I’ve never left.”

Pei became such a regular that when she arrived, the gym owner would say, “Oh good, you’re here – I’m just going to pop out.”

Soon he asked Pei if she wanted to take over running the gym. She is now the manager of 521 Fitness, and a qualified exercise consultant, having completed her Fitness Foundations and Exercise Consultant certificates with Skills Active. For her next move, she is considering a personal training qualification.

“Coming from somebody who was destined to be in a wheelchair if life had carried on the way it was, it is a pretty good feeling.”

Getting back into learning at the age of 40 was a challenge, Pei says, because she lacked confidence in herself at first. And getting qualified wouldn’t have been possible at all, she adds, if she hadn’t been able to keep earning an income while she studied. But learning on the job meant she was able to work under Te Anau personal trainer Casey Brown, who she describes as an amazing teacher, friend and great supporter. Whenever Pei felt like giving up, Casey would make her push on and keep achieving - which she will always be thankful for.

With support from Casey, her boss and her family, as well as her assessor John Growcott, and Skills Active learning support advisor Steve Richens, Pei completed her qualifications. She also lost 50kg and was able to have the back surgery she needed.

Now, she is a friendly face for others who come into the gym feeling uncomfortable and reluctant. She is also there, she says, to remind them that you don’t have to be perfectly thin and trim to be fit and healthy – and that with the right support, anyone can reach their fitness goals.

“I’ve come from the other side. I’ve got that empathy and I understand how hard it is to take the first step. But they can see the changes in me, so that helps. If I can do it, anybody can do it.”