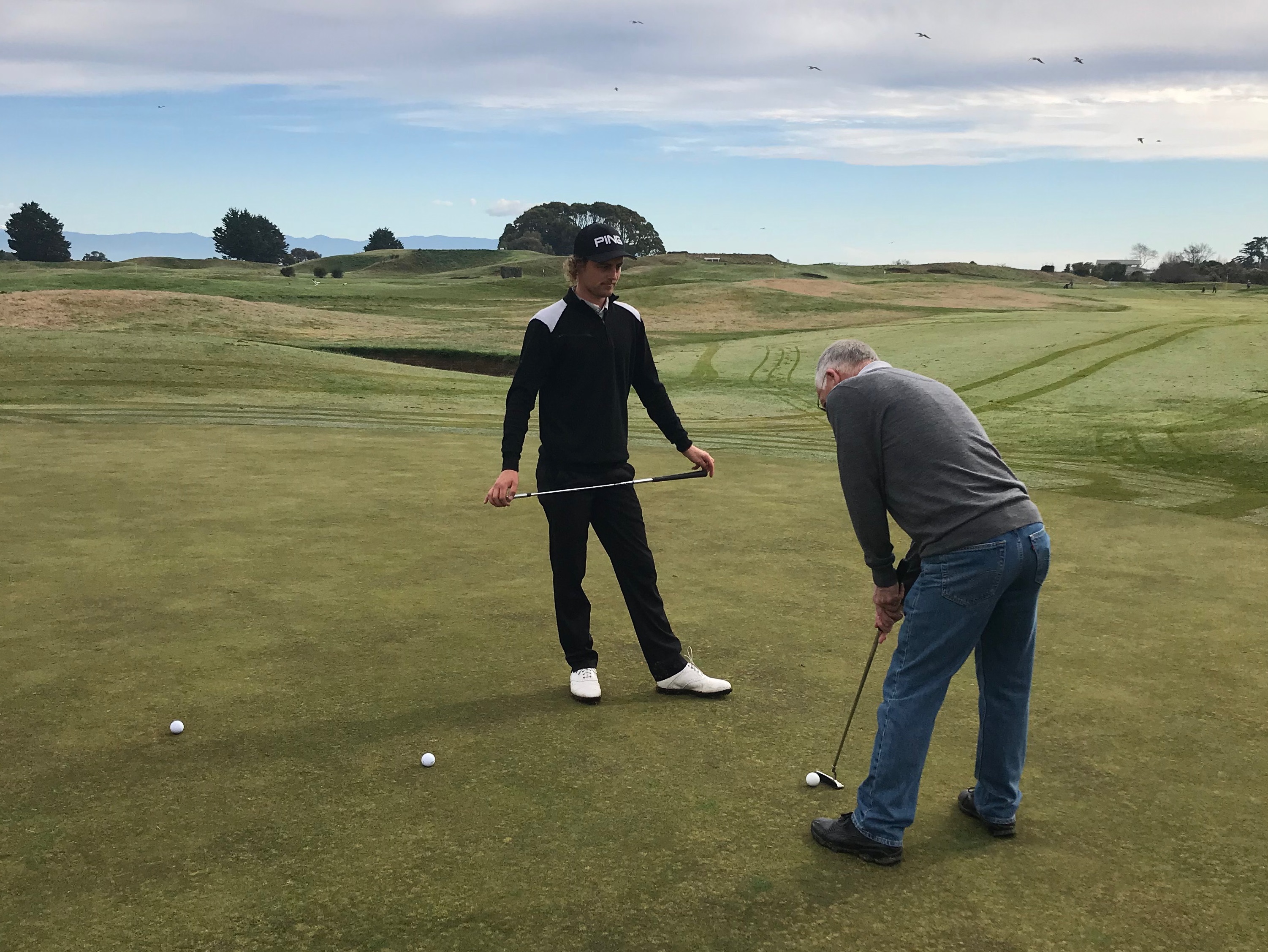 Nick Loach was drawn to golf from a young age because of its flexibility and freedom, and now he’s sharing that passion with others as a self-employed golf pro and coach.

Based in Nelson, Nick (pictured above, left) is one of three candidates in the Skills Active Aotearoa Apprentice of the Year competition.

Each year this award goes to a high-potential trainee with commitment, passion and diligence, who has the skills and qualifications to improve the wellbeing of New Zealanders, through the medium of sport, recreation or the performing arts.

Nick completed his Recreation and Sport Coach/Instructor apprenticeship through a partnership between Skills Active and PGA New Zealand, which allows trainee golf professionals to gain a nationally-recognised apprenticeship while they work.

But completing the PGA golf apprenticeship is no easy stroll across the course. Nick and his fellow apprentices have to work full-time, keep on top of a steady stream of assignments in business, management and more – and they must maintain a strong playing average while taking part in 20 qualifying rounds each year.

Nick was able to take all this in stride because of his passion for the sport. That drive also helped him to earn PGA’s annual Top Student scholarship, every year over the three years of his apprenticeship.

“When I was nine, I was playing soccer seven days a week and that was my life,” Nick says.

“I started getting into golf because I could come and play and practice when I wanted and how I wanted and with whoever I wanted.

“Having come from football where you are always practising with the same people at the same place, it was that freedom that attracted me to golf. During the holidays, Dad would drop me off at the golf club on the way to work, and I’d hang out there for eight to ten hours a day.”

Another thing many people don’t consider, Nick points out, is how democratic golf is.

“I find it cool that people at different levels can compete, and that anyone can take part – all abilities, all ages and all languages.”

The apprenticeship helped Nick to add some structure to complement his natural affinity for playing and coaching.

“In the past, I had never thought about planning for a whole year. So I bought a diary and a big wall planner and that helped to get me sorted. I am certainly more organised now with everything that I do.”

Having completed his apprenticeship, Nick plans to keep building his business and spreading the love of golf through his coaching in schools and golf clubs around Nelson.

“We need to put in stepping stones to improve the pathways for kids playing golf down here, and to change the image away from being an ‘old person’s sport’," Nick says.

He is also keeping one eye on his professional career.

“I want to maintain my own passion for the game. I do love competing in professional golf, so I want to keep developing that and also competing overseas. If I could travel and see more of the world, while still being involved in an industry I’m passionate about, that’s the dream.”

Nick is in the running for the 2018 Skills Active Apprentice of the Year. The winner will be announced at the New Zealand Recreation Conference in October. Watch this space to find out more about the other two candidates!

Skills Active Aotearoa is the industry training organisation for sport, recreation, aquatics, exercise, snowsport and performing arts. We are a non-profit organisation, funded by government to promote careers and workforce development in our industries, work with them to create world-class qualifications, and support workplaces to train staff.